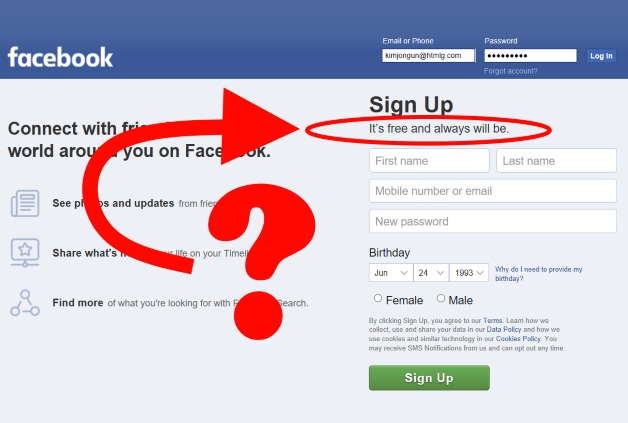 Sign up is free and always will be – This message might be familiar from the Facebook login page. Well, this is true because it will always be free to sign up but we’ll have to pay for certain features. Microtransactions or in-app purchases became so profitable these days that the most popular social media site can’t miss the trend and is planning to charge us for using some of the features we use each day.

There are Facebook Profiles and Pages. People have profiles: you can send them friend requests, and if they accept it then you become friends. Facebook pages in the other hand are communities that can be Liked and this way you can become its follower (for example Ruwix is a page).
If you have a Facebook page then you’d expect your posts to be seen by all your followers. This is far from the reality because Facebook page owners have to pay to reach their own audience. They have to “Boost Post” to reach those who liked the page and even their friends. 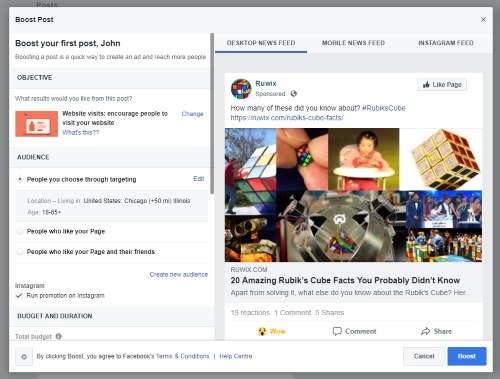 Probably you are a member of a few Facebook Groups together with other people sharing the same interest like the love for cats, dogs, cooking, jokes, design or others. Group admins who invest their time and energy to maintain and build safe and supportive communities that people come back to every day. From now on they can charge you for this collecting membership fees.

A new thing, Facebook Subscription Groups could change everything about our online social networking. They have already started testing the feature in certain groups.

This year Facebook has been stretched to breaking. Investigations over Cambridge Analytica and the misuse of user data. The growing understanding of its role in the spread of fake news to sow political polarisation. And the very basic issue of younger users avoiding the platform because it’s turned into the place your grandma lives.

YouTube was another popular website that started as free and then introduced YouTube Premium (formerly known as YouTube Red) in 2014. This service provides advertising-free streaming of all videos hosted by YouTube, exclusive original content produced in collaboration with the site’s major creators, as well as offline playback and background playback of videos on mobile devices. The public considers this idea is ruining YouTube for non-Red users as they want to drive more and more traffic to the premium.

Let’s hope they won’t scare users away pushing the limits further. According to the feedbacks they’re safe now, being a monopoly just like Apple, they can sell their audience whatever they want and people will keep buying (using) it.