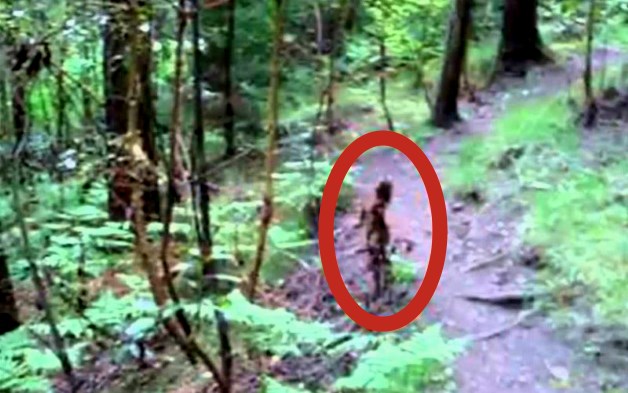 Of all the paranormal phenomena that is going on these days! Several eye witnesses claim that they have seen an unemployed software developer in the local forest. Only UFOs and a lost Yeti was previously reported in the area but never an unemployed programmer.

There is no such thing. The last unemployed programmers roaming these lands lived millions of years ago in the time of dinosaurs. Since then, if you know a little Java or to create an HTML page, someone gives you work instantly, and even pays you a fortune!

Monster hunters say that they even captured him on film, but the images do not convince the skeptic forester:

If you ask me, it’s a meteorological balloon, an optical illusion or a living thing that has found a keyboard thrown in the bushes. In the worst case, it’s Chupacabra, but I haven’t heard about it for years now.

Pigs do not fly, and young IT specialsits are not unemployed, that’s clear. It’s enough to add the word “IT” in your CV and employers catch you instantly.