The legal status of Bitcoin and other cryptocurrencies varies substantially from state to state and is still undefined or changing in many of them. Whereas the majority of countries do not make the usage of Bitcoin itself illegal, its status as money varies, with differing regulatory implications.

Today the European Union voted to ban all forms of cryptocurrency ownership. Comes into force in two weeks!

The reason: Digital money is uncensorable by the governments which soon would lead to a massive geopolitical disruption, shifting the power relations between governments and their citizens. It’s untraceable by authorities making it the perfect tool for money laundering and tax avoidance.

“Investing into Bitcoin is like funding a revolutionary army. I’m sure more countries will follow us and ban it everywhere before the hell breaks loose.”
– Dénes Ferenc, EU Financial Officer

The new legislative package obliges current Bitcoin owners to transfer 33% of their wallet to the tax office and to get rid of the remaining 66% in 14 days.

Furthermore all websites, especially web shops will be required to display a warning on all pages of their websites that states that the site is not accepting any form of cryptocurrencies. -Similar to current cookie consent warnings

Future firearm, drug and other illegal subsctance transactions to be made only in USD.

Bitcoin mining farms and all equipments to be offered for charity.

“I don’t know what Etherium is but I heard it’s bad so I voted against it. This is a very important issue and we have to fight against it firmly!”
– Handiburdu Kujjiman, Ministry Of European Planetary Protection 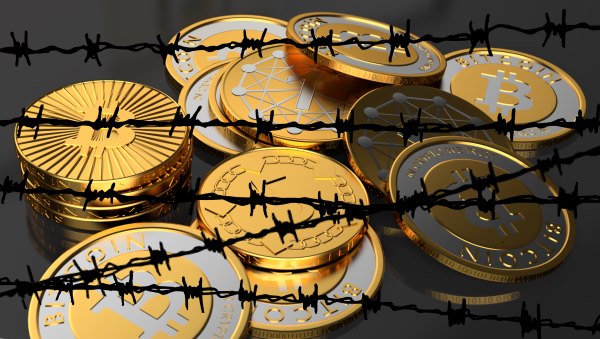 Act quickly! We have only two weeks left!

Are you still thinking about using BTC?

Cryptos are often described as an anonymous currencies, but this is incorrect! They are actually pseudonymous which means that your behavior can still be tracked so you will be caught as soon as you make a transaction.