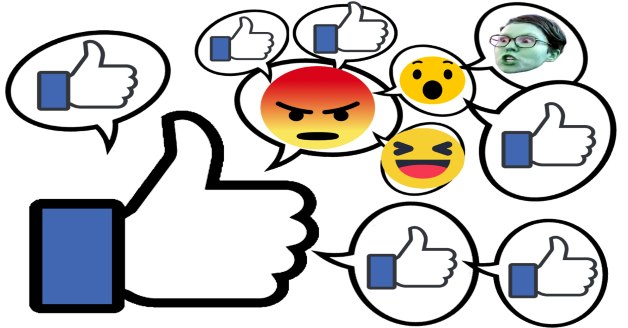 A Facebook feature that has been desired for so long is finally going to be launched with the newest upgrade in the following days: we’ll be able to Like a Like. But the new function won’t be limited to Likes only. It will be allowed to react with any reaction to any reaction (emoji), such as laugh at someone’s sad face or get angry on someone’s Love. ♥

A handful of privileged Facebook users (top fans of Zuckerberg) have had the chance to try to Like Likes in the testing phase. They all agree that the new system further enhanced the platform and they can’t wait for this to be available to everyone.

I’ve immediately reacted with an angry face to my boyfriend’s Like on his ex’s new profile picture.

– Said Lateefah who uses Facebook on a daily basis.

During the testing period Liking a Like has become the new way of saying thank you for a Like. Some users even Liked that someone Liked that they Liked someones Like’s Like. And a good news for self Likers: It will be possible to Like your own Likes unlimited times.

The chief database engineer of the social network has noticed that the test subjects have started to spend less time on the instant messenger and they started to communicate only by reacting with reactions to each other’s reactions instead.

Learning from the success of the reaction system, Facebook is planning to add three new reactions to the existing six: “I’m offended“, “Dislike” and the “F*ck you” buttons.

Two of these will be implemented as new counters below each post, but the “Dislike” will be a little different. Instead of having its individual counter, this reaction will just simply take away someone else’s Like from posts and pages.

The official page dedicated to the final season of Game of Thrones was the first page where the Like counter went negative on the test server.