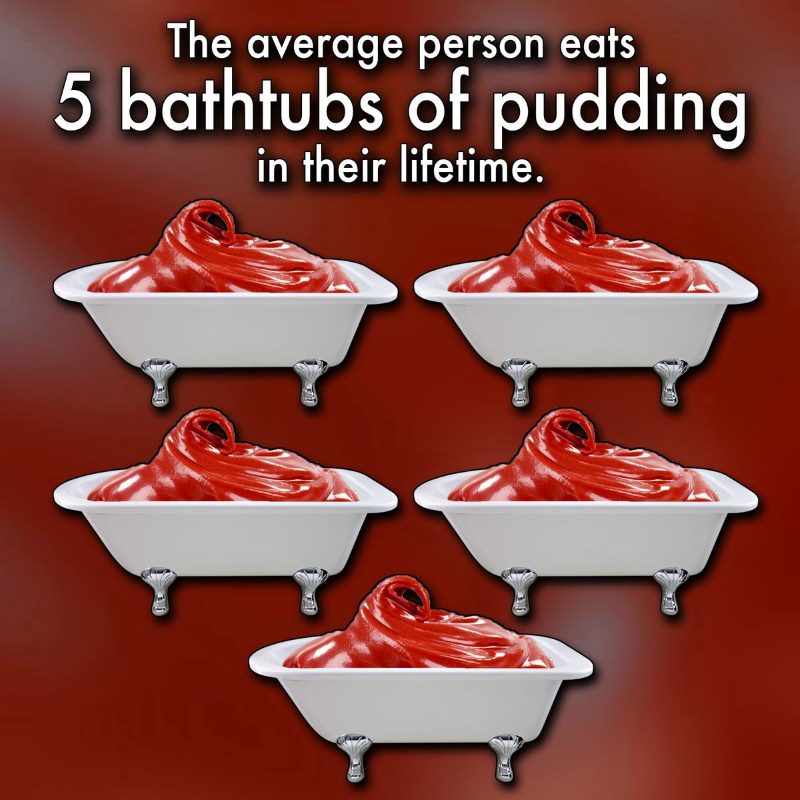 Pudding comes in many shapes and tastes and one thing is sure: it’s one of the most popular desserts in the World. According to the latest research by the Chinese Mao Zedong Gourmet University Institute (毛泽东中央大学), an average person eats not less 529 gallons of pudding in their lifetime, which is roughly five bathtubs and weighs 2 tons.

If this seems to be too much then consider that the average American consumes 10 times this amount, while San people (Bushmen) are the only ethnic group who never eat pudding.