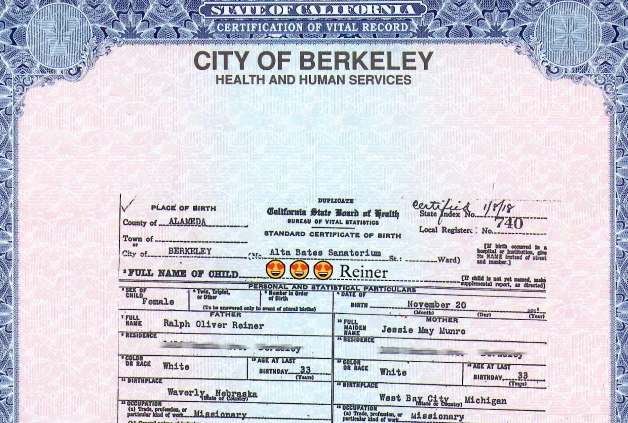 California newborn becomes first baby to be named an emoji: Her first name is “😍😍😍”.
The United States is among the lightest of the naming laws worldwide governing given names and this freedom has given rise to a wide variety of names and naming trends. Cultural diversity in the U.S. has led to great variations in names and naming traditions. Names have been used to express creativity, personality, cultural identity, and values.

Since the recent Windows XP update all US states allow to use special characters for filling birth certificates.

Naming traditions play a role in the cohesion and communication within American cultures. I’ve given my consent and I’ve signed the birth certificate because I support free speech.
We have a list of available characters that can be used for naming newborns, available online at html-css-js.com.

The name is officially pronounced as “Hearteyesemojiheartesemojihearteyesemoji” but it’s written as “😍😍😍”. If a system doesn’t support Unicode 6.0.0 emoji characters, the girl can use the Unicode number (U+1F60D) or HTML-code of the characters (&#128525;).

The whole family is planning to change their last names to #yolo, the slogan that represents their common motto: “You only live once!”

No, I don’t think she will be bullied for her name. And even so, that’s for jealousy. They’re going to envy my daughter’s glamourous pretty name.

She’s going to introduce herself as “HeartsEyes” and at home we are going to call her simply “Smiley“. Isn’t that adorable?